Rise and Shine: 9:34am (it was very painful to wake up)
Today’s Forecast: Summer perfection 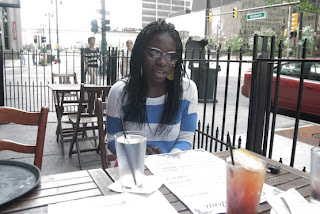 One thing I absolutely love about America is BRUNCH!! Ok, what I really love is the idea of managing Saturday’s late night partying with delicious food and unlimited mimosas on Sunday. I have only done brunch in Detroit once, though I have brunched countless amount of times in NYC. I texted Marissa and Monique, my go to Detroiters for an idea of where to go. I received lots of options, but decided on Grand Trunk Pub because I had never eaten there.

We sat outside though it wasn’t yet warm, but the sun came out soon and we had a great time! I was disappointed that they did not have mimosas (they ran out of champagne), but we still had a great time nonetheless. How can you not love a place that offers the first mimosa or bloody Mary for $7 and only $1 for the subsequent drinks. Plus the staff was amazingly friendly. Our waitress Kiesha got very excited when she found out it was our first time there and when I went to the bathroom inside, the kitchen staff all greeted me and chatted a bit.

All is all, if you are looking for a brunch spot in downtown Detroit, this is a great option! Tell them I sent you! 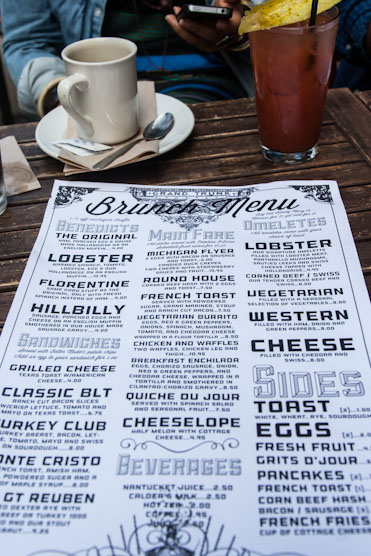 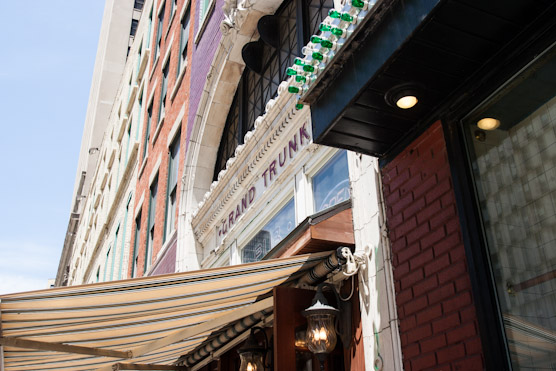 After brunch and with only two hours left until I had to take Katie back to the Windsor airport, we decided to head to Fountain Bistro for a few mimosas and relaxing in the sun. We didn’t have any food since we just finished brunch but the $10 bottomless mimosas were delicious and well priced. I will definitely be trying out the brunch menu next time I am here. 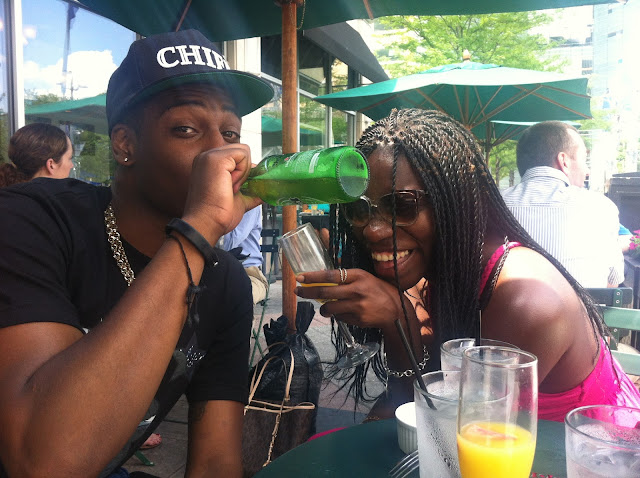 Justin insisted that the last thing that Katie must do before heading back to Canada was to see the riverwalk. So we headed across Jefferson to Hart Plaza. We took a few pictures, saw the slave memorial and were on our way. 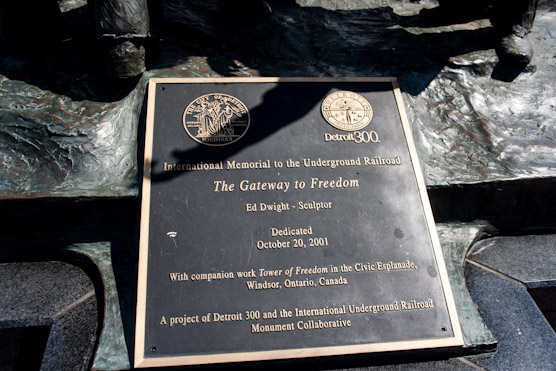 Despite all attempts to get Katie to stay a little bit longer, we determined that the $263 was better spent on another trip to Detroit as opposed to the one day extension. So after saying goodbye to Justin we headed to the tunnel. Before heading into the line, I pulled to the side to get my passport and money out of my bag. After removing all of the contents of my bag I realized that I had left my passport in another purse which was back at the house.

So with one hour and fifteen minutes before she needed to be at the airport and with the toll booth, tunnel, immigration then 10 kilometers between us in the airport, I crossed my fingers buckled my seatbelt and went into my high school speed racer mode. I am not quite sure how I managed but within 15 minutes we were back at the tunnel and I had my passport a change of clothes and I threw on some perfume. I will miss Katie, but we had such a good time that I am sure she will return given the opportunity. Mission accomplished!

I needed to get some blogging done before heading out to the day party at Alley Deck so I popped into Great Lakes Coffee and it was packed. I later found out that they were celebrating their one year anniversary. I will write a more detailed post on Great Lakes another day, but for now I will just say I really love the space, but I think that it is severely overpriced. I keep going back for the atmosphere and will continue to do so until I find a place I like as much that is cheaper. 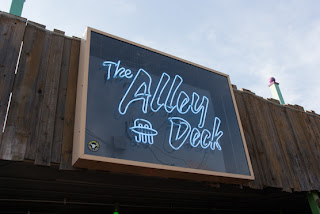 Last stop for Sunday Funday was the Alley Deck which is connected to Garden Bowl/MagicStick/The Majestic/whatever else is a part of this establishment on Woodward. A friend of mine is part of the group that throws it and I had heard about it from other people so I figured it was worth a visit. So a bunch of us walked over from Great Lakes. There is a $5 entrance fee which isn’t too bad. The also have $3 “margaritas” which weren’t the classic type I am used to but rather a margarita in a can made by Bud Light.

There were a lot of people there that I know which made it extra fun. The DJ was ok, he was playing top 40/Hip Hop and the MC could stand to lose the cursing considering that it was on a loud speaker which could be heard a great distance down Woodward. Overall it was a fun event and I would definitely go back. 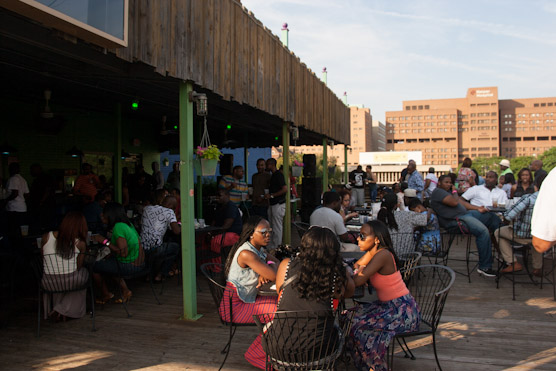 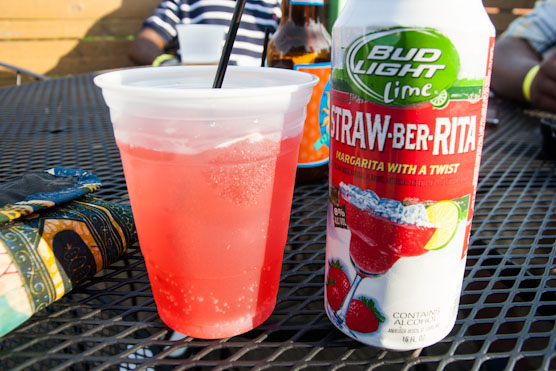