Since childhood, Saturday mornings in Detroit meant heading slightly east of downtown to Eastern Market which is the oldest permanent farmer’s market in America at 170 years old!I haven’t been to Eastern Market in ages and have been wanting to go and it will definitely be a Saturday morning staple for 30 days in Detroit. Katie, my sister, baby Jordan and I headed down around 11am and the place was packed. We headed to the food trucks before purchasing some produce and enjoying the sun. I ran into a few friends as well. It is a great place to spend a few hours on Saturday morning, even if you aren’t buying anything. 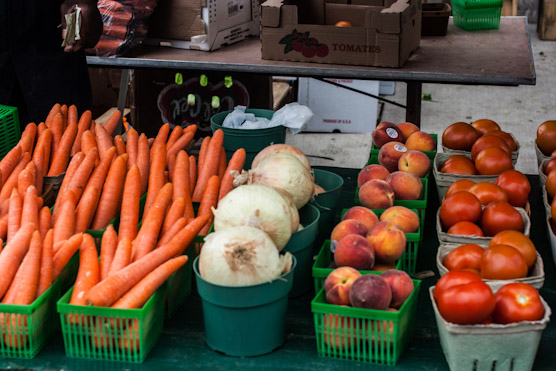 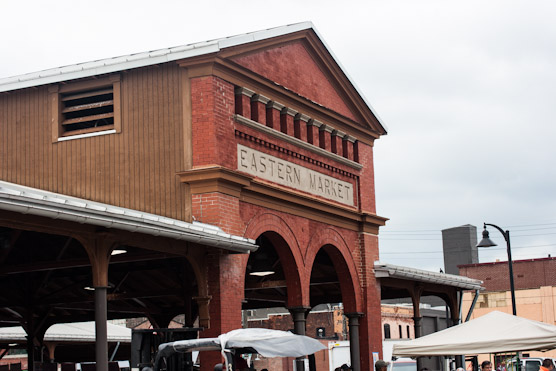 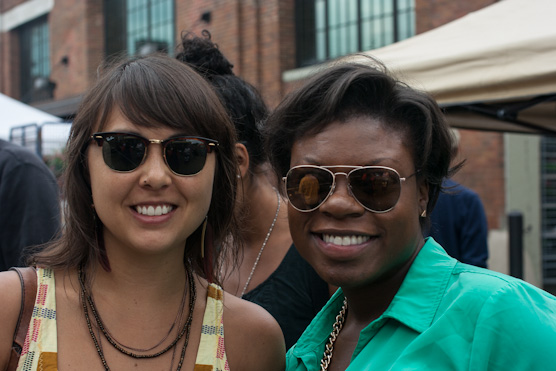 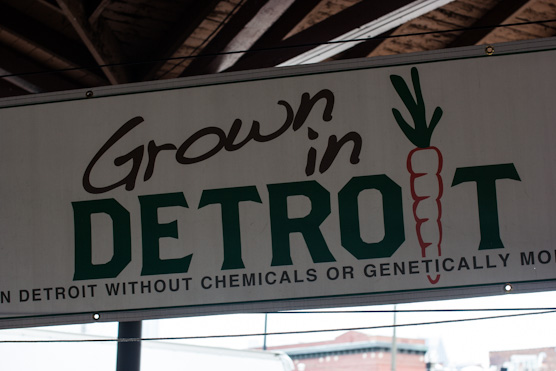 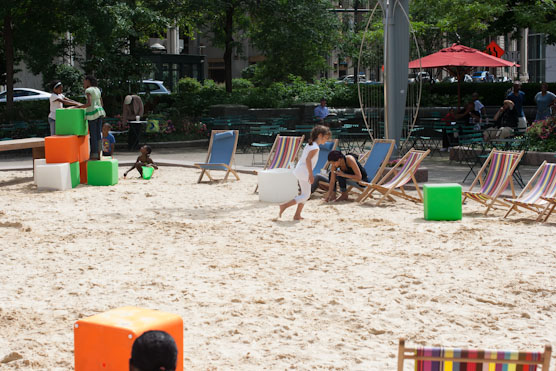 We ran into my friend Monique at the Eastern Market who informed us that there were vendors and live music in the Campus Martius/Cadillac Square area so we threw our produce in the trunk, jumped in the car and drove back to the heart of downtown to Campus Martius. As soon as we arrived in Campus Martius I ran into friends and we stayed and chatted with them while enjoying the sunshine and the view of the beach. Yes, there is a beach (read: sand with beach chairs) in the middle of downtown Detroit.

There were a lot of vendors selling Detroit paraphenalia so I bought shirts for my niece and nephew and myself as well as a new sticker for my suitcase. I ran into a few more people I know and @Ettafly, whose sister is a fan of my blog/instagram. That was pretty exciting. There are a lot of activities during the summer in Campus Martius/Cadillac Square so stay tuned for more posts on that! 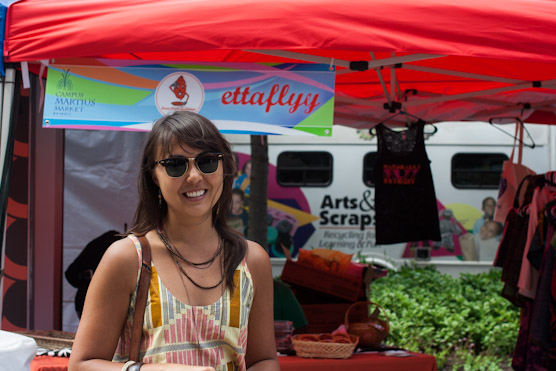 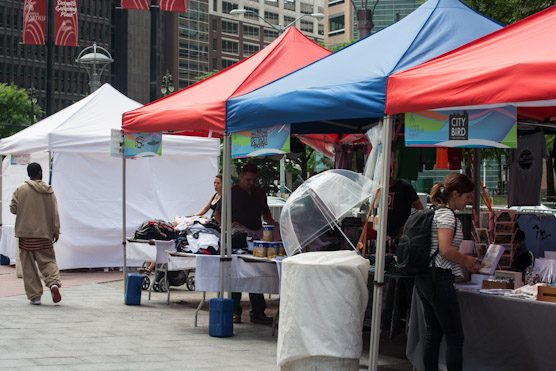 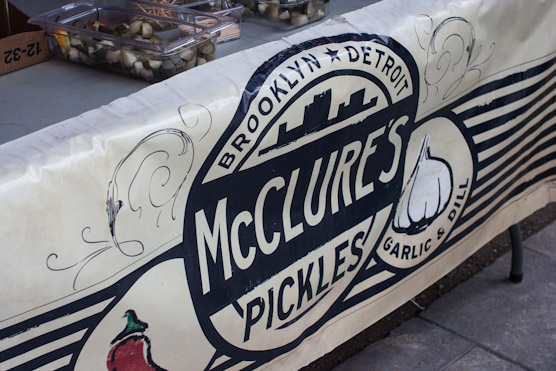 Third Stop: Mommy’s House and a tour of the westside of Detroit

I am constantly having to defend Detroit and the fact that not everyone is poor, not all blocks have abandon houses and it is not a ghost town despite the loss of 25% of the population in ten years. 706,585 people can attest to that. That population makes it larger than not only most US cities, standing at number 18, but also larger than many European cities, including Athens, Copenhagen and Dublin. But I digress….

I took Katie to my mother’s house to meet her then we took a tour of the westside of Detroit which is quite different from downtown and the eastside. Some of the neighborhoods that we visited included Palmer Park and Sherwood Forest which Time magazine lists as #7 of 10 things to do in Detroit.I was happy to dispel some of the myths that documentaries and books portray by showing her the beautiful historic and might I add occupied homes in the city. If you are ever in Detroit and need a driving tour, let me know and I will oblige.

I have perviously written about Seva on my blog and was excited to take Katie there. I will not add more, you can visit the previous post, but what I will say as just as the previous two times I have been there, EVERYTHING was absolutely delicious. 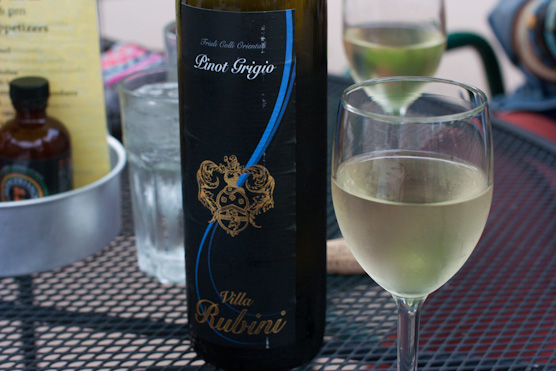 One thing that I absolutely love doing in Detroit and really any city is game night with great people, so I was very excited when I heard that Eddie was having a game night. There were a lot of fun and interesting people and the hookah was an added bonus. And it was a nice way to kick off our Saturday night before heading to the club. 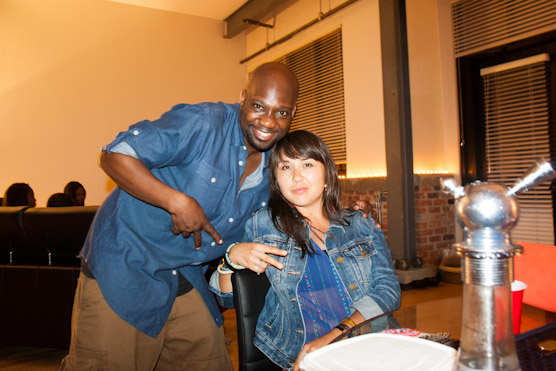 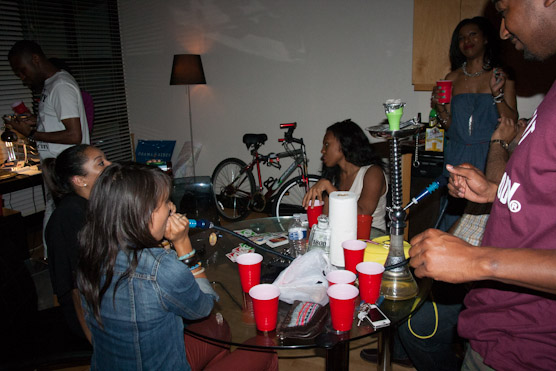 I have not hung out with my cousins in a very long time so I was super excited when Jen sent me a message asking me to come hangout with them at Tropical Hut. I invited some more of our cousins and we had a BALL!! Tropical Hut is on the westside and a bit off the beaten path but it is definitely worth a visit. This is a club where you can find a lot of the city’s African and Caribbean residents and the DJ caters to this crowd by seemlessly taking you from Congo, to Ghana, to Jamaica, to Trinidad and even Houston and NYC. If you go be sure to tell Antonio I sent you.

If you come to Detroit, it is OBLIGATORY that you eat at one of the city’s Coney Islands. You should always ask a local for recommendations because there are so many. Katie caught wind of the necessity of Coney Island so at around 3am, we headed to Detroit One on Woodward in midtown. Elton first took me there years ago and I must say the food is good, though I stay away from Coney Islands after 7pm in order to maintain some sort of discipline with my eating. But if you are hungry after the club head to Detroit One, it will be packed! I was shocked that there were no seats available and the carry out line had about ten people in it!

Rise and Shine: 9:34am (it was very painful to wake up) Today's Forecast: Summer perfection…