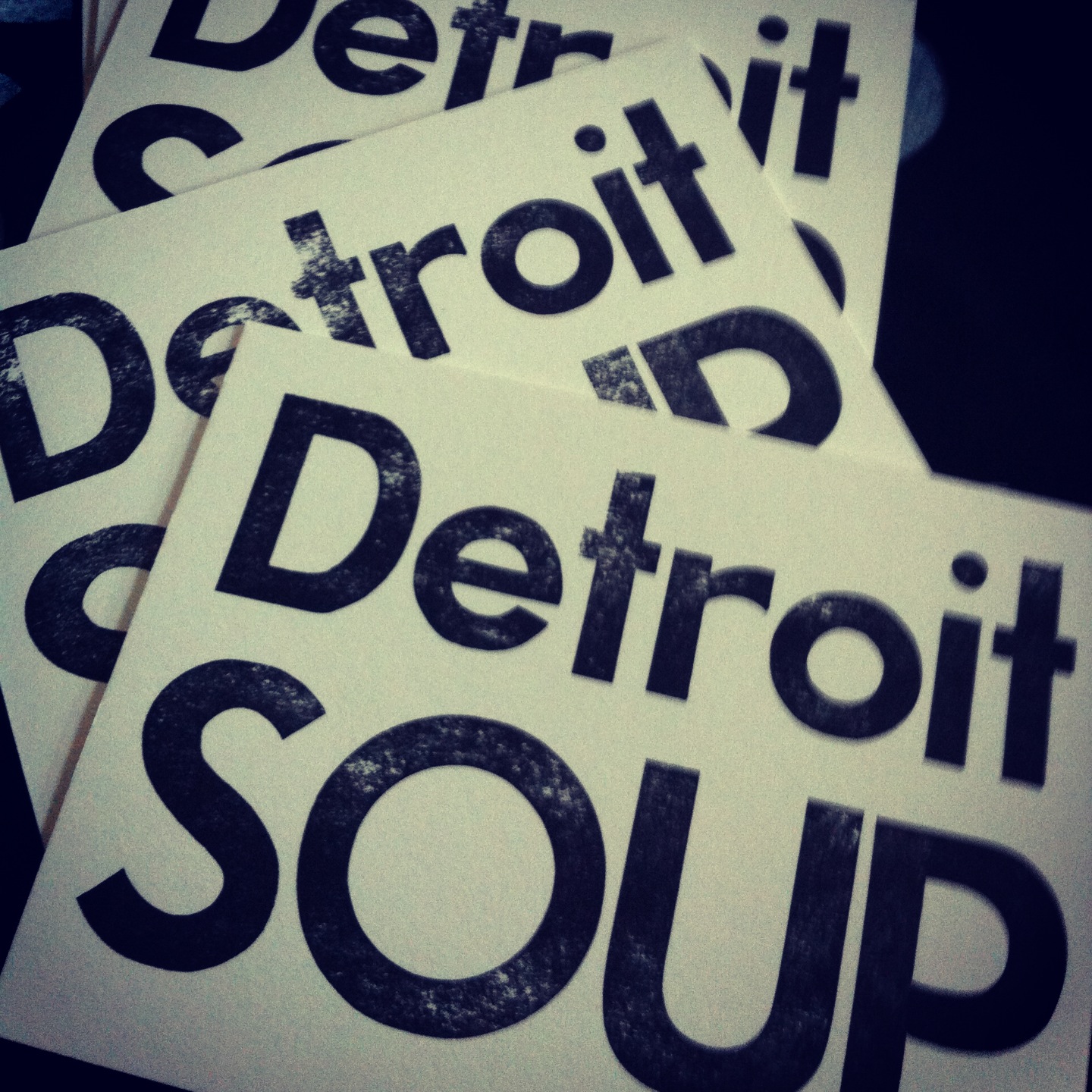 I will not detail my entire day as I went to several places that I have already written about, but I must tell you about Detroit Soup. I went to my first Soup a few months ago and fell in love with the concept. Detroit Soup is an organization that was created to build community while supporting the community. Once per month, a large group of people gathers at a renovated building on Grand Blvd to eat soup and salad, meet new people and most importantly vote on the initiative that will receive the proceeds of the $5 admission. The winning idea usually gets around $1000, but some have gotten close to $2000.

Four people present their ideas, then an artist performs and while everyone eats, you also vote in one of two voting booths, which gives you privacy while exercising your democratic duty. Unfortunately this time I did not stay for the announcement of the winner because it was entirely too hot in the building, but you can head over to the website to find out details about all of the past winners. I also recently found out that due to the success of the city-wide Soups, they have begun a Neighborhood Soup initiative which is already active in: 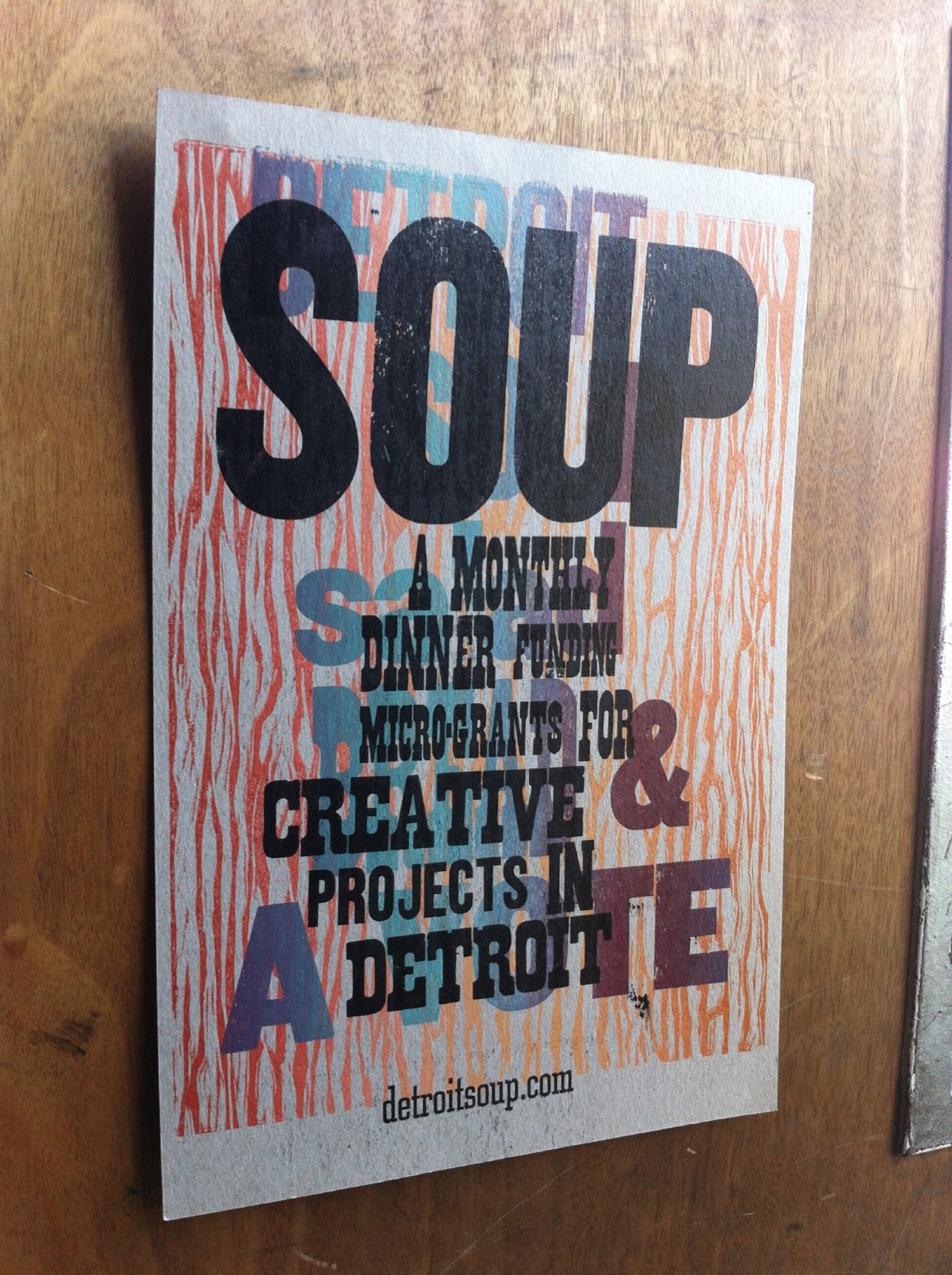 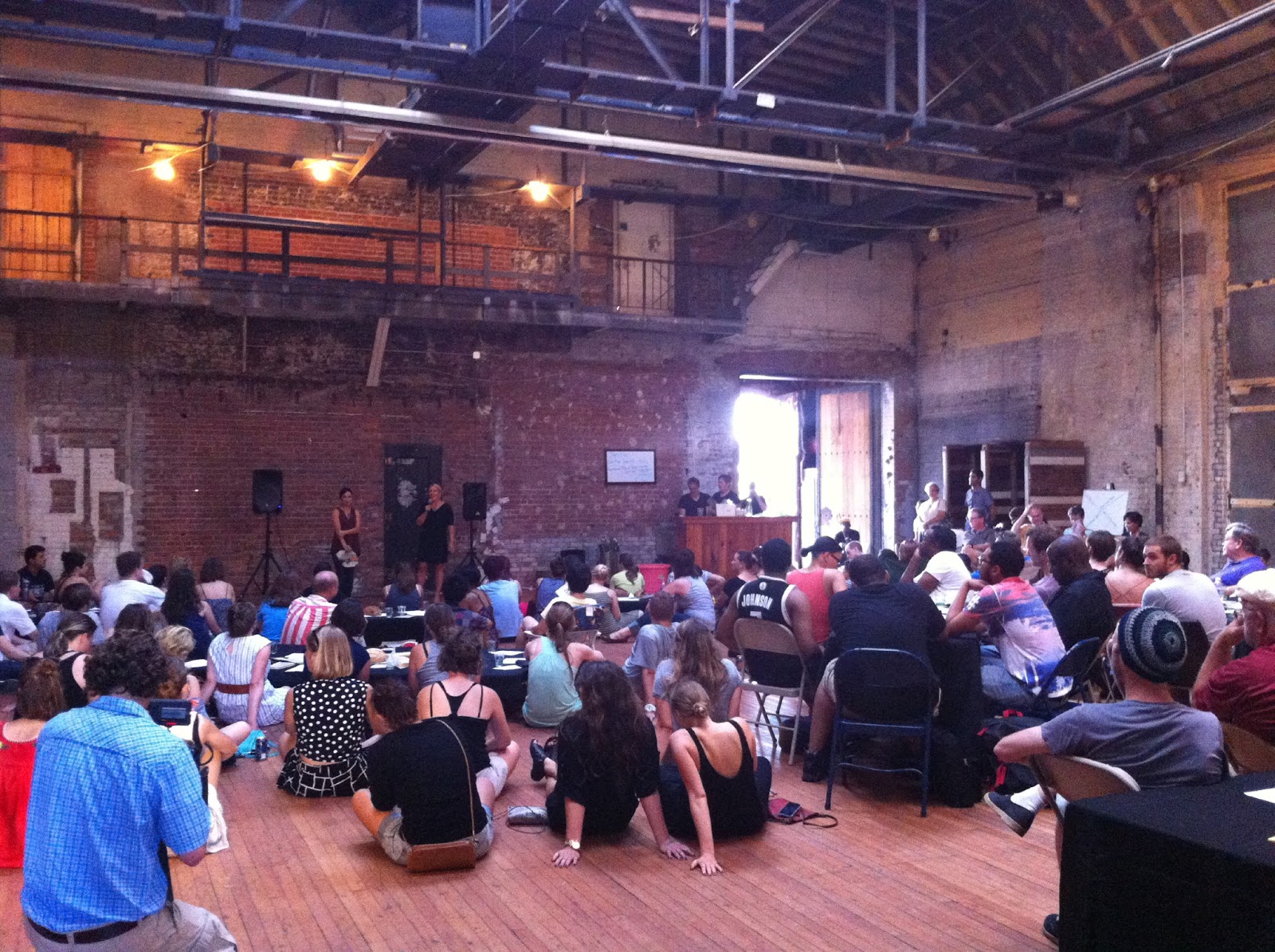