After a quick two mile run (since the scale is still lying to me about my weight), I headed to the Roasting Plant to do some work. I really like the look and feel of the cafe and it has a great location being just off of Campus Martius, but it definitely is not my favorite cafe in Detroit. It is just entirely too loud for me. A plus is that I ran into four people I knew which was cool, but it is simply too loud for me. I know other people that love it so be sure to try it out. If nothing else, it is a really cool space. 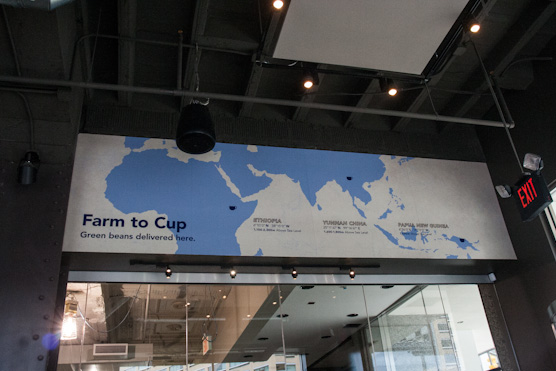 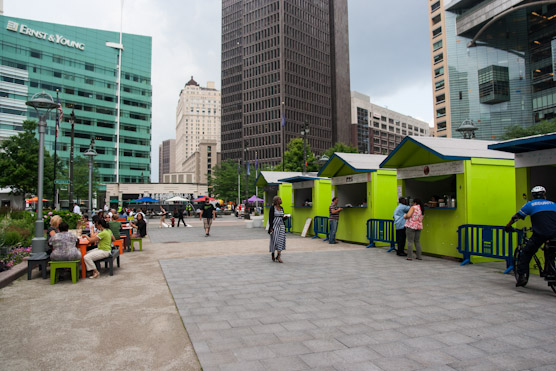 I took advantage of being downtown and met my Uncle for lunch in Cadillac Square. Working in downtown Detroit in the summer is awesom because there are tons of food options and you can eat outside and enjoy live music in the adjacent Campus Martius. We choose Slow’s which is never my first choice but since the Mac Shack was closed it was the best option that did not include cheese or meat. Unfortunately it started raining while we were eating but it was still nice while it lasted.

Anke mentioned that she would like to check out the breweries in Detroit
so I came up with the idea to a Brewery by Bike tour or the BBB tour.
All things were a go until the skies opened up around 2pm and dumped a
ridiculous amount of rain on the city and left grey skies lingering.
While I was still willing to chance biking, the two ladies accompanying
me were not as willing so we ended up driving to our three destinations. 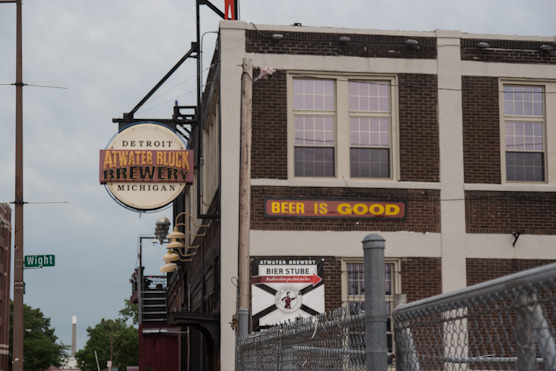 When we arrived at Atwater we were unsure if it was open as the door in the front was locked. Once we actually read the sign we walked around to the side where there was a huge garage door which was open, but we were still confused. Someone inside of the building saw our confused faces and assured us that we were in the right place for the brewery.

Walking into to Atwater you immediately realize they are in the business of brewing beers as opposed to entertaining. Workers were moving boxes, bottles and product as we were what seemed to not only be the brewing floor but also the warehouse.Once you walk past the desk and a few boxes and assembly line you get to the bar which doesn’t seat many people but there were three seats waiting for us. We had the pleasure of being served by Shawn who was quite easy on the eyes and had a great personality to match. Since I am not a beer connoisseur I always take recommendations from the bartender and he led me to the Vanilla Java Porter which I really enjoyed. I tasted Anke’s Dirty Blonde which I also enjoyed. I would say this place is definitely off the beaten path and worth a try. It isn’t fancy but it is very cool. 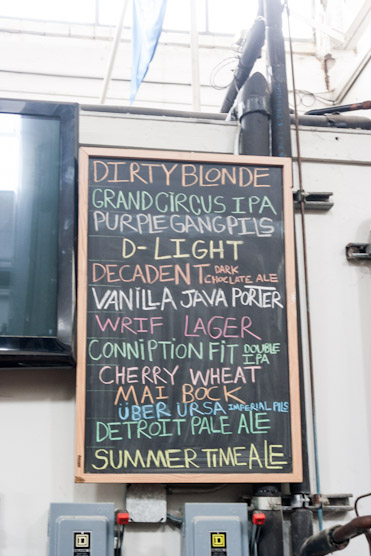 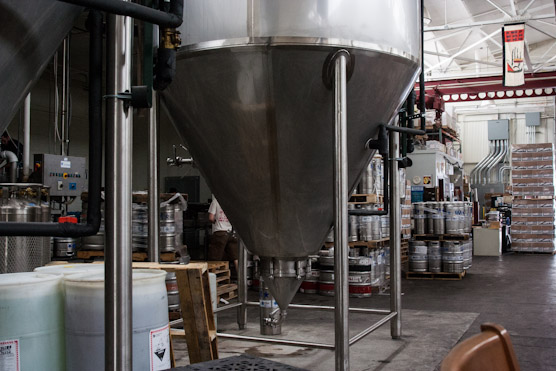 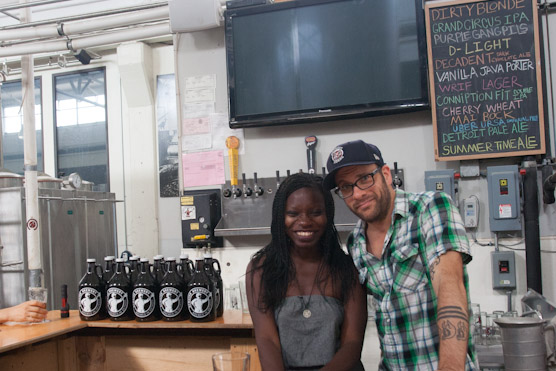 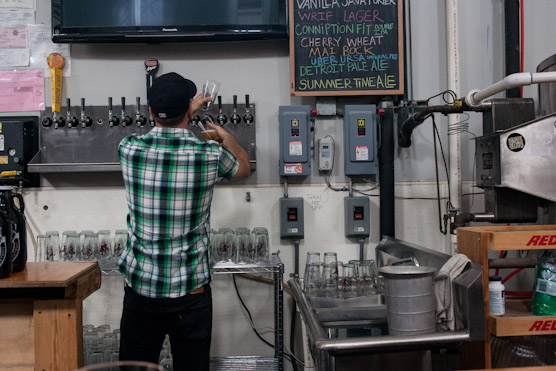 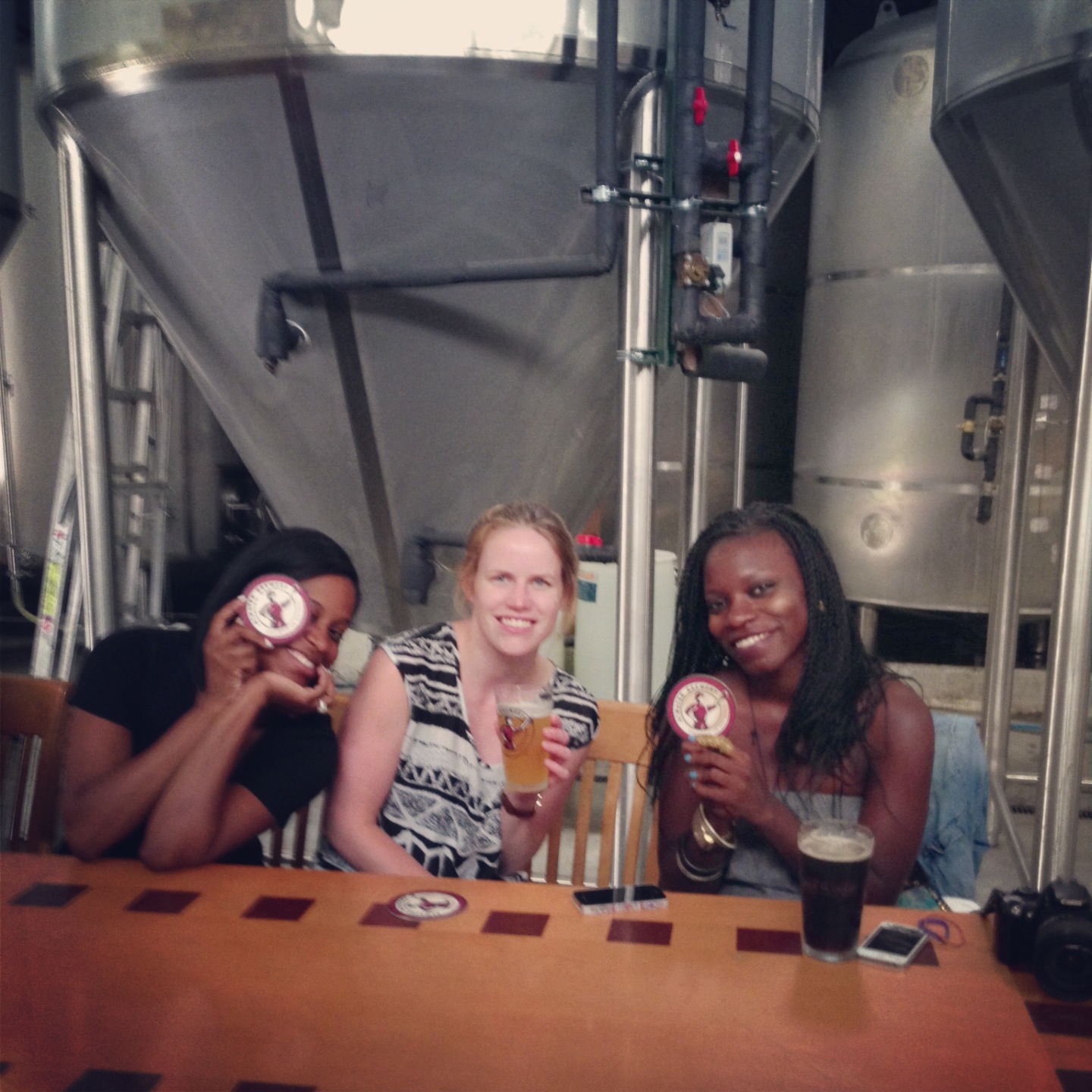 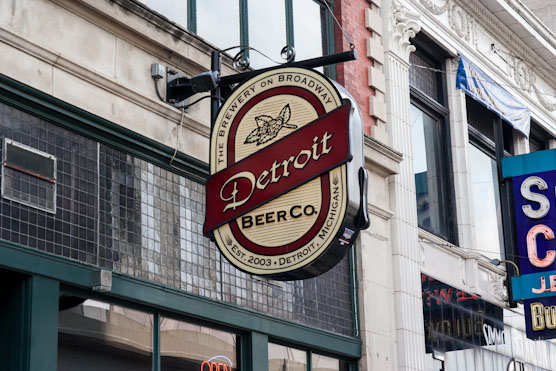 Second stop on the tour was the Detroit Beer Company which is very close to Comerica Park, where the Detroit Tiger’s play. Unfortunately we didn’t realize that there was a Tiger’s Game so DBC, as it is locally known, was packed. We were lucky to get a table, but would have preferred a seat at the bar. DBC is definitely less intimate than Atwater and it is clear that the focus is not as much on the beer but more on being a sports bar. I cannot remember the name of the beer that I had, but the waitress assured me that it was the sweetest beer that they had and it also had the highest APV. DBC offers a great atmosphere for sporting events, but I will need to go back and try sitting at the bar to get a better feel for the brewery side of things. 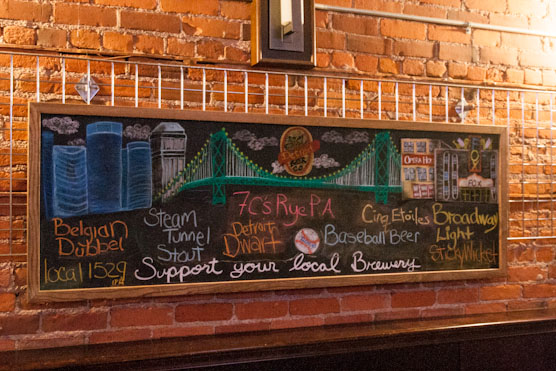 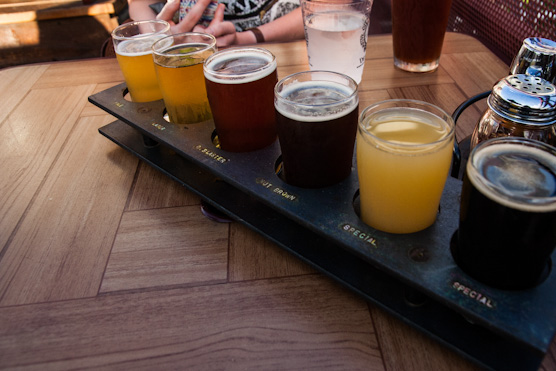 I have already been to Motor City Brewing Works several times in these last 17 days. The reason why I have become a frequent visitor is because all my friends love it and it is often suggested as a place to go and I am not one to object. Since we were here on brewery business, I asked our waiter Jonathan to bring a flight of beers and he obliged. I gave him a hard time because he didn’t immediately remember me, but eventually the memory of the night we first met came back to him. I was also pleasantly surprised to see Zack again who clearly remembered me and even remembered that my name started with a J! I cannot say enough good things about the staff here. They are super fun and make for a great relaxed environment.

Since Motor City is all about the beer they do not serve hard liquor though I do believe that have a few wines. I am not a real beer fan, but my favorite was the lager. We made friends with the people at the table next to us and I actually ended up giving them the remainder of my beer. We also shared the Fig and Pear pizza which was fantastic and I had the veggie chilli which was great as well. As I have recommended before, definitely stop by Motor City Brewing Works for the beer, the staff, the atmosphere and the delicious food. 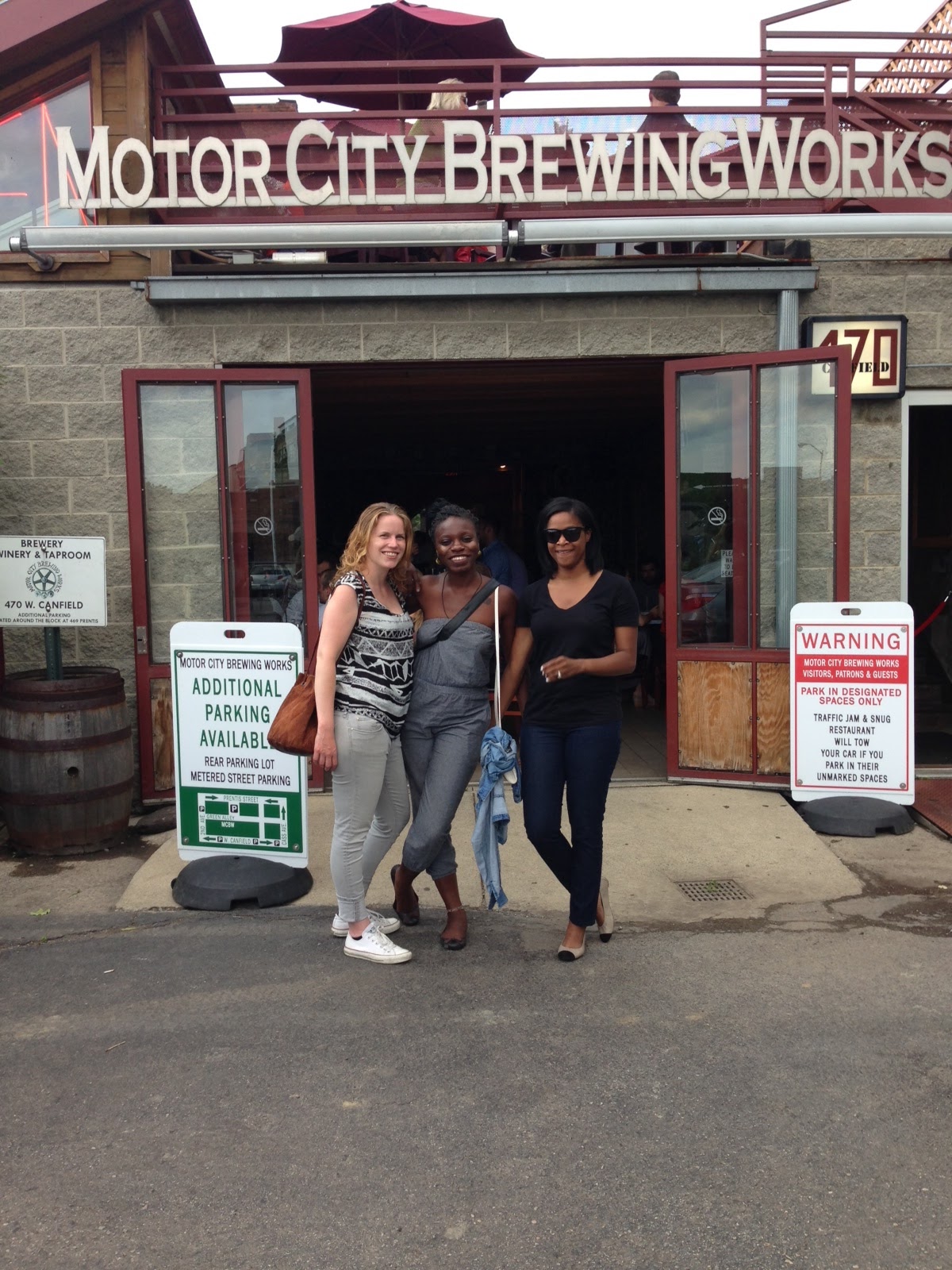