When I found out that I was going to spend a week in Nairobi for a work trip I was very excited. Having grown up with so many Kenyans in Detroit it felt like I would be visiting a place that I somehow already knew, what I did not imagine was that I would be so incredibly busy that I would not get to enjoy much that the city had to offer.

Nairobi is a city that from afar, long captured my fascination. For years I thought that I would end up moving to Kenya and maybe I still will. It is quite a global and cosmopolitan city so I quickly got in touch with friends that I knew living there and found out that so many others that I knew would be in and out of the city for work around the time that I arrived.

I arrived late on a Friday evening, after a 12 hour trip consisting of two flights, only to arrive and not see my name being held up on a small sign in the sea of people in front of me. After a one-minute call to the hotel which cost me 6€ and a lot of yelling, I found a driver, bought a local sim card for my phone and was on my way. About 30 minutes and a few phone calls later I found myself arriving at my hotel for check-in.

As I began the check-in process I turned to my left and noticed a familiar face. What are the odds!? It was my friend Okey who I met while he did a short term consultancy at the same Organization I work at in Rome. Needless to see there were lots of “What are you doing here?” “This is crazy.” We spoke earlier in the week as I heard he was in Nairobi, but he told me he would leave before I arrived. Well he decided to extend his trip and switched into my hotel earlier in the day.

After catching up and checking in, I took a quick shower and made a wardrobe change and two hours after landing in Nairobi I was heading to a house party at my friend Jabari’s house. I met Jabari when I was living in Japan. Jabari and I have a long history of partying, hard, during our stint in Japan. We actually hadn’t seen each other since NYE 2009 in Osaka so this was a welcomed reunion. Jabari, after spending two months in Nairobi, loved it so much he decided to stay for two years.

I attended the party with two friends from grad school Danny and Thais. I had not seen Danny since London and Thais and I crossed paths in 2011 in Rome and managed to miss each other though we were both in Rio at the same time earlier this year so this was a great reunion on all accounts.

After having a few drinks at the house we went to Casablanca which was a really nice hookah bar, which had a great ambiance, crowd of people and vibe. I wish we had something similar in Rome. So needless to say when I pulled up to my hotel at about 3:30am, I had nothing but great things to say about my first night in Nairobi. 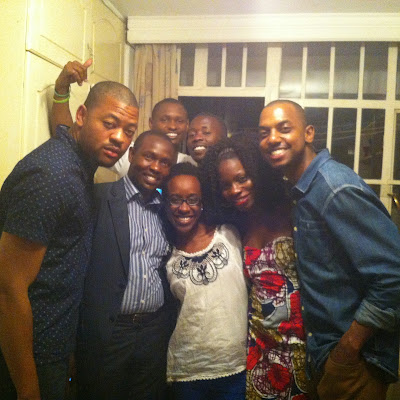 Highlights of the rest of the week 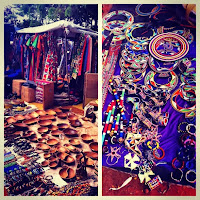 I absolutely love kenyan crafts and jewelry so this market is a must-see. My friend Danny, who is a local, was a great guide and helped me in my negotiations. The market and its goodies definitely do not disappoint, but I must admit it is a bit overwhelming. There is a HUGE selection and plenty of vendors vying for your attention to view their merchandise. The market changes most days of the week so be sure to find out where it will be when you are in town.

Though time was tight I made arrangements to do a safari while I was in Kenya. It required a 6:30am departure time from the hotel but it was more than worth it. It is about 200km from Nairobi so the long drive gives you time to sleep but also gives you time to see some of the Kenyan countryside and more importantly catch long glimpses of the famed Great Rift Valley. Nature is simply amazing and Kenya is breathtaking.

While in Nakuru we saw zebras, buffalos, flamingos, impalas, rhinoceros, a LEOPARD, which required patience and quiet to see, and the king himself, a lion that was resting under a tree. The drive was incredible and oddly enough what amazed me most was Lake Nakuru more than any of the animals that we saw. The lunch offered inside of the park was also delicious and offered great views while you dined. 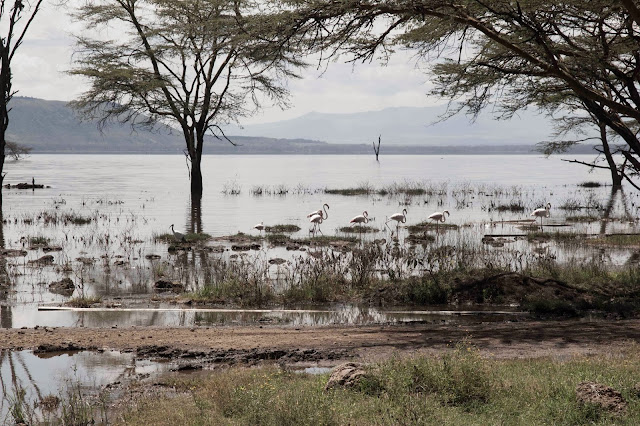 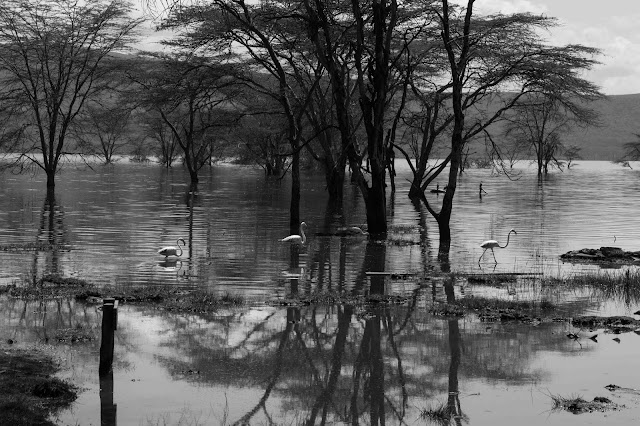 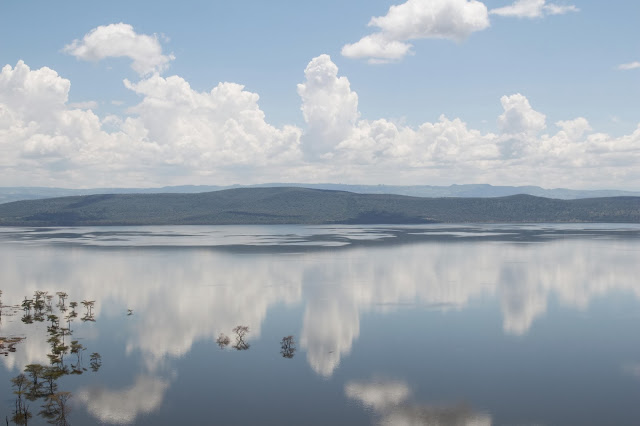 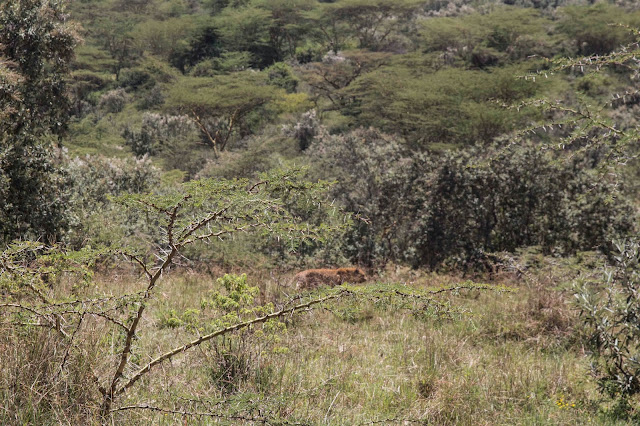 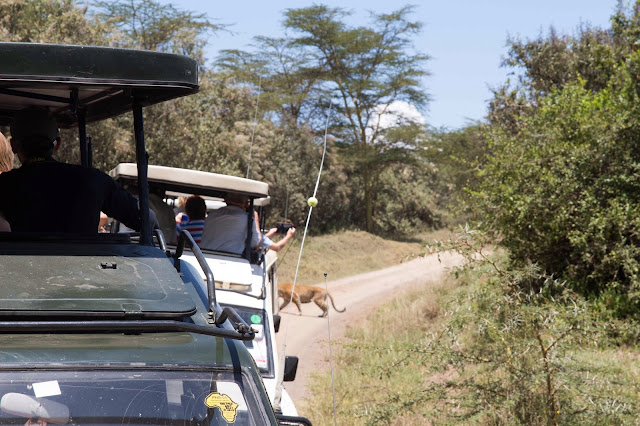 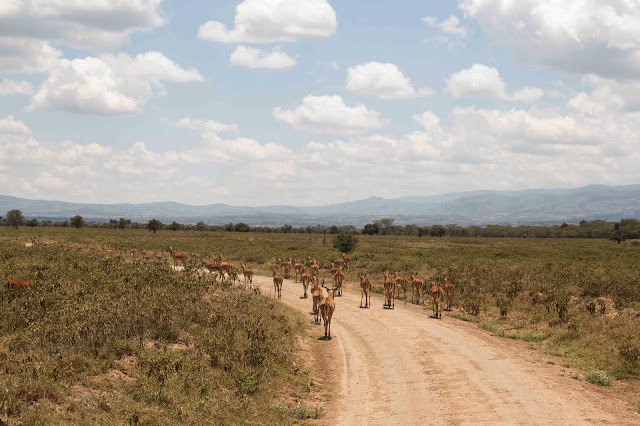 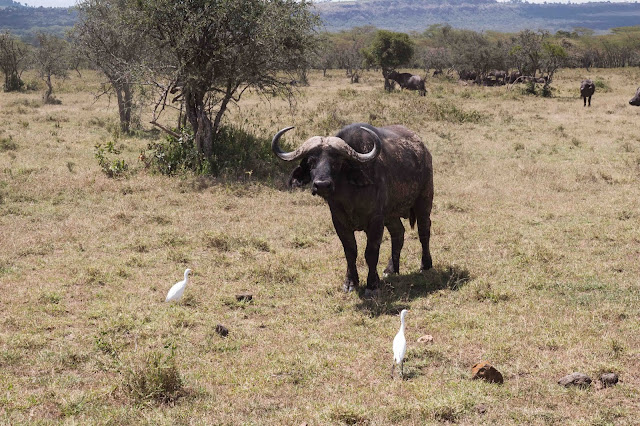 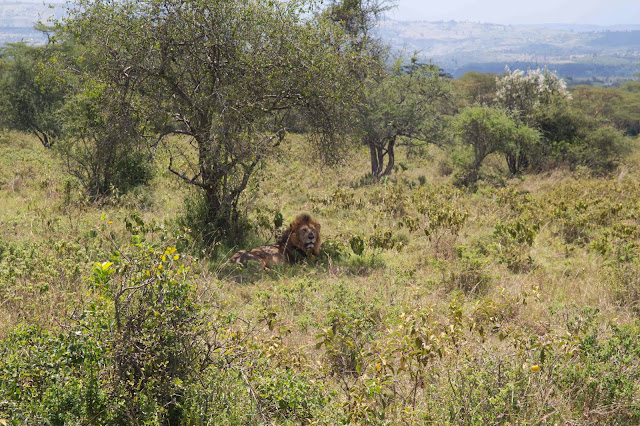 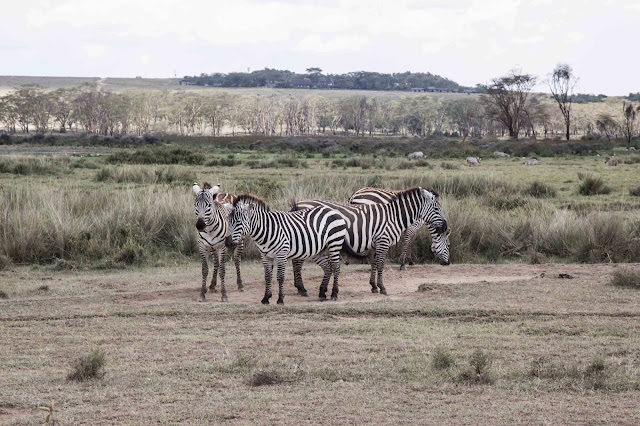 Okey, Thais and I went to grab dinner at Seven on Saturday night, as recommended by Jabari. It was a very nice seafood restaurant that had a great vibe and an extensive menu. It was bit pricier than most places in Nairobi, but well worth it. Thais and I shared mini oysters straight from the Indian Ocean. The house offered a delicious and freshly baked fish cake. I order the garlic prawns and my taste buds were not disappointed. Thais was not over the moon about her paella, but Okey was in love with his Fish of the Day selection of Red Snapper, as was I. We spent about 3000 Ksh each, including wine and a shared dessert. If you are looking for a great restaurant in Nairobi which is on the higher end of things definitely head over to Seven in the ABC building in Westlands.