At the Sunday flea market in San Telmo

My decision to come to Buenos Aires was perhaps a rash one. I knew nothing about the city nor the country. In fact the only countries in the region I know anything about are the typical tourist gateways, i.e. Brazil and Peru. I had never been to South America (did you know that Central America is considered part of North America?) and since I had a good friend from grad school living here with open doors and an air mattress, I took the opportunity and bought a flight.

Originally I was supposed to do a week in Buenos Aires, then make my way to Brazil, stopping in Uruguay along the way. Things have changed. No Brazil for me. I haven’t figured out the details of my trip between Sunday’s return from Uruguay and my return ticket on the 24th of February, but I am sure that I will come up with something.

Prior to coming here, I didn’t have time to do much research. Between moving from Rome, the holidays in Detroit and my Los Angeles escapade I never found the time. I mentioned to several people that I was coming so I got a bit of a low down on the country. The only things I knew were that I was excited about eating good steak, drinking a lot of red wine and that it was summer south of the equator!! I haven’t been disappointed yet. Other things that people told me were that the people were quite similar to their Italian ancestors and the men are hot. Enh.

1. The city is not very beautiful. While I thought I had no expectations coming here, I guess in my head I thought that it would be a beautiful metropolis with a lively Latin American flare. While I have stumbled across cute street corners, I remain pretty unimpressed. The city is a bit dirty and has aged terribly. There are some beautiful green spaces, but the architecture leaves a lot to be desired. The building from which the president works is called the “Pink House”. At night it can be renamed the hot pink house because of these horrid pink lights which light up the evening skies. Ick.

2. The city is not very cheap. Call it my western/high income country bias, but whenever I go to non-high income countries, I always expect my dollars to go far. Quite frankly I expect to “get over”. It sounds horrible, but I’m being honest. So imagine my dismay when I paid USD 10 for a salad at lunch time. While that isn’t expensive I thought that salad would cost USD 4 before arriving here. The buses are super cheap at around 60 cents. We bought a good bottle of wine at dinner last night for USD 9. The wine is well priced though I find it cheaper in Italy. So I would say my budget would be around $20 per day on average, but that is if I try very hard not to spend money, which is what I’m doing. 🙂

3. There is a very vintage feel about the city. From the old buildings, to the 1980s buses to the numerous vintage cars on the street, Buenos Aires definitely appeals to the vintage girl living inside of me. I definitely connect with the soul of the city. 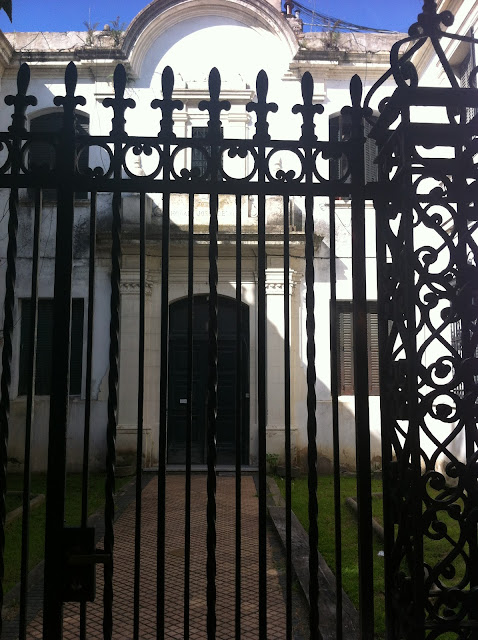 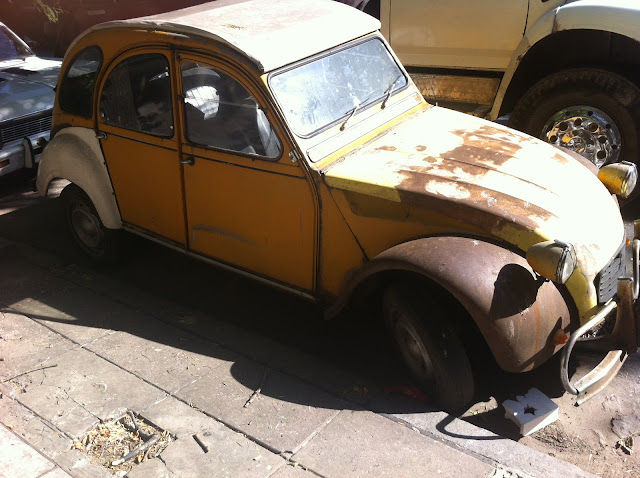 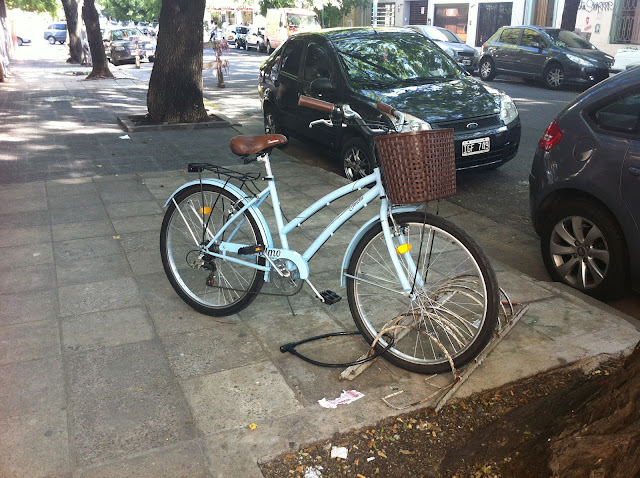 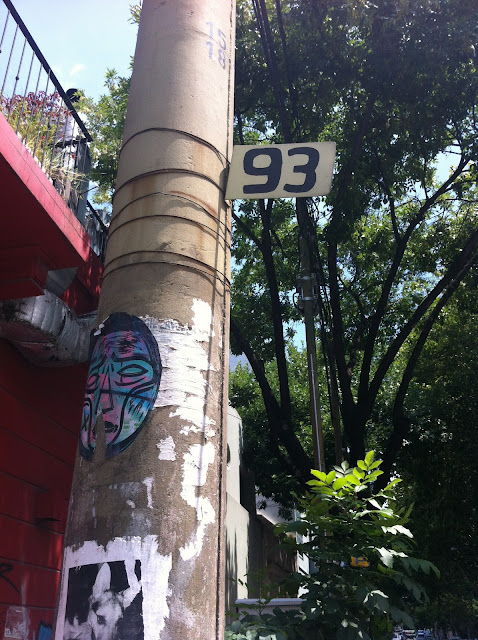 This is an actual bus stop.