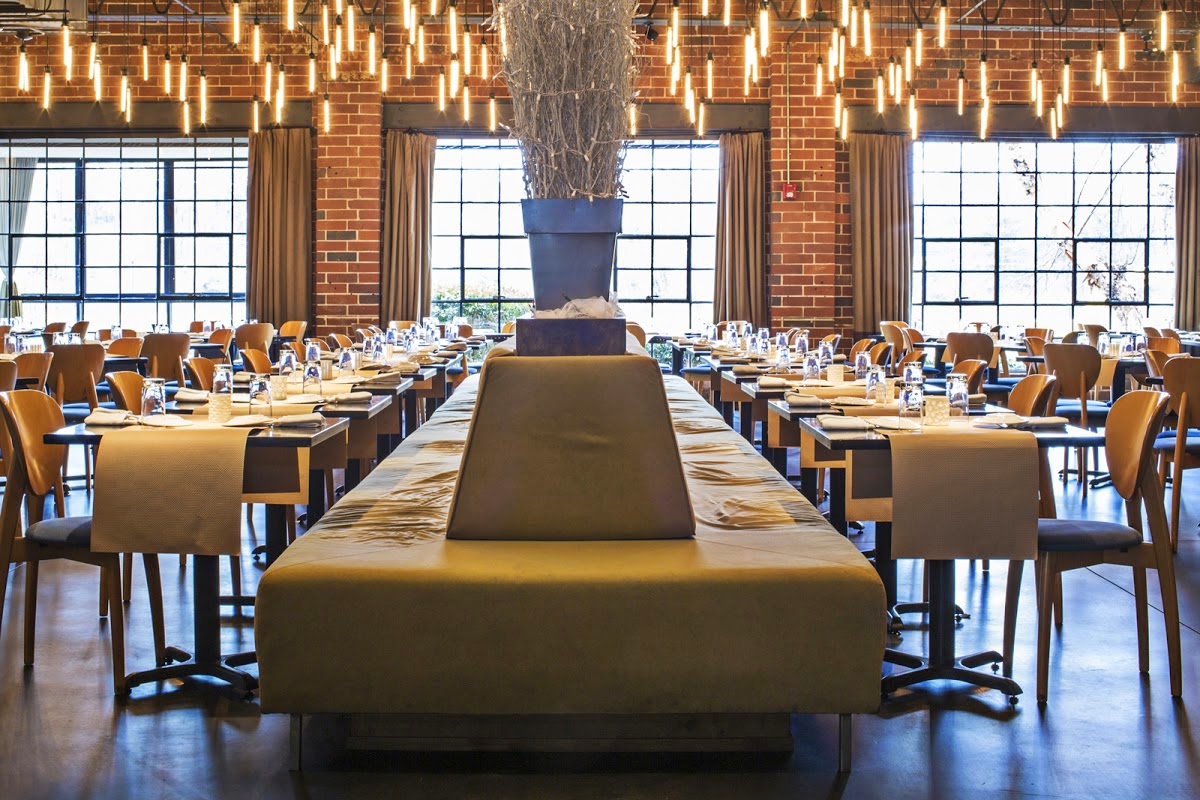 Yesterday I arrived in Atlanta for a five day trip to spend time with a good friend and her husband. When evening fell upon us after lots of laughs and slow sipping on a new favorite whiskey, stomachs began to growl and the inescapable “where are we going to eat?” conversation started. Everyone was flexible and no one was decisive. Friday night in Atlanta meant limited choices that would not have a line wrapped around the corner.

After about five restaurant suggestions were thrown out, I remembered a place that I ate during my visit last summer that served sublime steak frites and had a gorgeous interior. Sheree knew exactly which restaurant I was talking about and it was ONE Midtown Kitchen. None of us thought that we would get a reservation but we tried. After a quick conversation with Bob, the very pleasant man who answers the phone (I remembered him from last year, some people just leave an impression), we had a 9:30 reservation.

Once we arrived in walked in, I greeted Bob by name, he asked us how our Friday was going and led us to a booth. The interior of the restaurant, as it did last time, put me in a relaxed state. The Edison bulbs hanging from the ceiling coupled with the dim lighting offered the perfect whimsical ambiance for Duriel’s cocktail, my Torrentes and a bottle of Malbec to be shared.

The warm bread is accompanied by a carrot puree that has the texture of humus. It is DELICIOUS. It is like nothing that I ever tasted and was also a part of my memory from last summer. Three of four of us ordered the steak frites, largely because of my recommendation. Duriel ordered chicken. While the parmesan herb fries were exactly as I remembered and were promptly devoured, my steak, which I ordered medium, was more on the medium well side. I did not enjoy it as much as I did last time, but Sheree, whose medium steak came out as ordered, was kind enough to share her pink meat with me. The optional blue cheese adds depth to the flavor but is not necessary if that isn’t your thing. All in all ONE. Midtown Kitchen is a must if you are in Atlanta. It is also a place where you can run into friends! I randomly ran into a very large group of friends from Detroit. Of all of the restaurants in all of Atlanta on a Friday night, just a couple tables away were the homies. I love when things like that happen.

Have you been to ONE. Midtown Kitchen? What is your favorite dish?

Please note: the pictures were taken from the restaurant’s website.